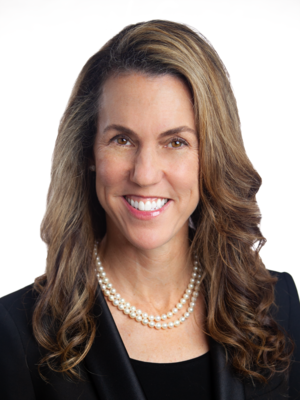 Marla Grossman is one of the country’s preeminent government relations attorneys. As a partner at the ACG Advocacy, she helps her clients with strategic public policy planning and representation before the White House, US federal agencies, and Congress. Her particular areas of focus include intellectual property, technology, competition and trade policy.

Dubbed “The Influencer” by I AM Modern Magazine, the Washington Business Journal claimed, “Marla Grossman seems to turn everything she touches into gold” and named her one of the Washington DC area’s “Most Influential Business Women”. Ms. Grossman has been called an “industry insider,” a “mover and a shaker” and “the real deal” by IP Watchdog, a “leading lobbyist” by the National Law Journal and “one of the most sought-after lobbyists in the capital and across the country” by the Expert Network. Ms. Grossman has been selected to the Washington DC Super Lawyer List every year since 2013.

Before joining ACG Advocacy, Ms. Grossman was a partner at PCT Government Relations, a lobbying firm focused on intellectual property and technology public policy matters. Prior to that, Ms. Grossman was a partner at the law firm of DLA Piper, which had acquired the law firm of Verner, Liipfert, Bernhard, McPherson and Hand, where she headed the Internet Ventures Group and practiced government relations law with such luminaries as the former US Senate Majority Leader George Mitchell and the former US Senate Majority Leader Bob Dole. While she was a partner at Verner, Liipfert, The National Journal described the firm as the top federal government relations firm in the US.

Before working on Capitol Hill, she served as the Assistant Director of Public Liaison and Director of Law Enforcement Outreach for the Clinton-Gore 1996 presidential campaign.